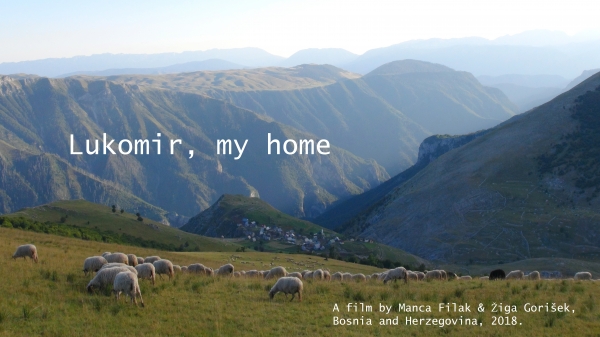 This secondment in Sarajevo is a continuation of anthropological research on tourism and transhuman shepherding practices on Bjelašnica mountain massif, which was conducted as part of a master's degree at the Department of Ethnology and Cultural Anthropology at the University of Ljubljana. The result of this research was a longitudinal ethnographic film project Lukomir "my home" shot from 2014 to 2017. Therefore, the general context of the research stay in Sarajevo is to revisit the places and people from the earlier fieldwork and the protagonists of the film (which was completed in 2018). The film has been screened at many ethnographic and documentary film festivals around the world, but never in Sarajevo or Bosnia and Herzegovina. So, in addition to collecting new ethnographic material, the main goal is to disseminate the production of knowledge through visual ethnography. Another aspect of the secondment in Sarajevo is related to the ongoing PhD research project entitled Visual Ethnography of Housewives' Everyday Life in Slovenia, part of the Young Researchers Program at ZRC SAZU. The PhD thesis combines the research areas of anthropology of gender (thematic, theoretical) and visual anthropology (epistemological and methodological). Therefore, the general framework of the residency in Sarajevo is linked to a broader comparison between two ex-Yugoslav countries that share a similar historical background in gender politics.