The objective of the project trans-making is to strengthen research capacities, through exchange of knowledge, expertise, skills and experiences between academic and non-academic partners from Europe and Third Countries in a shared research programme focusing on: Collecting, Documenting / Exploring, Experimenting / Performing / Designing.

Through these dimensions, trans-making aims at fostering the links between art and culture, economy and democracy, at EU level and beyond.

Trans-making's result will be a network of research and innovation staff active in the fields of placemaking/place-based art activities as a space to create alternative narratives for social, economic and democratic renewal. 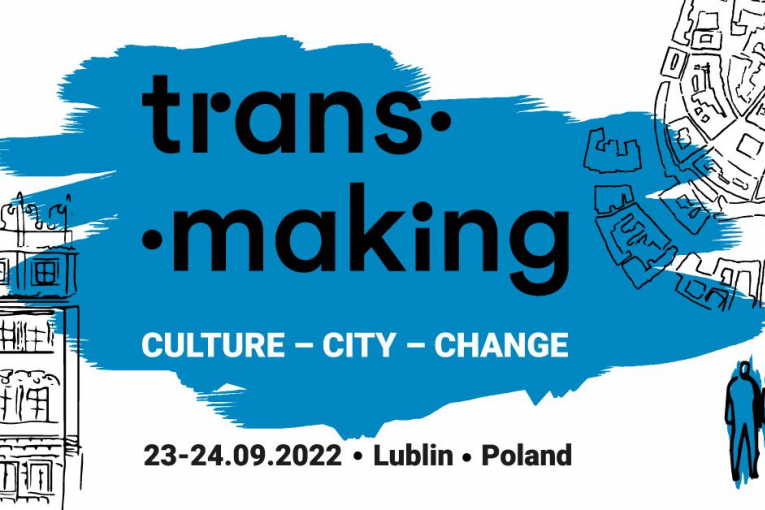 Our partner Workshops of Culture organises in Lublin on September 23 and 24, 2022 the last event within trans-making project "CULTURE – CITY – CHANGE" to share their findings and thoughts on issues facing modern cities and the impact of culture on urban development.

More information on the event 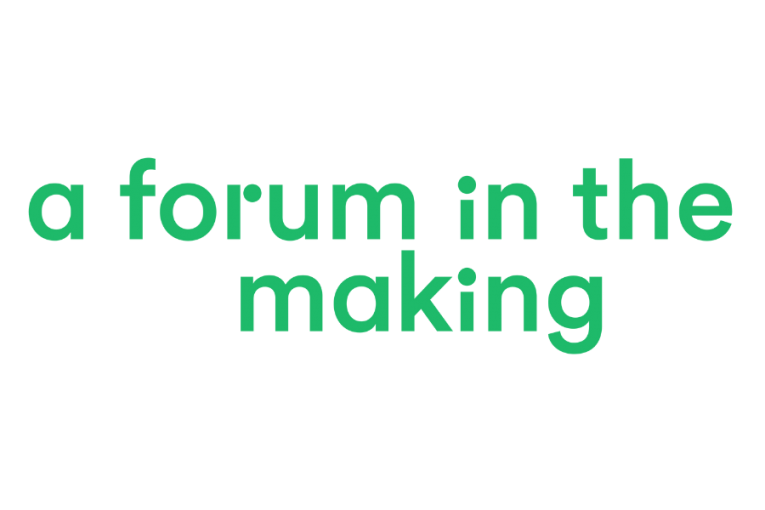 # A FORUM IN THE MAKING

A Forum in the Making is a series of meetings around research practices at the intersection of art, culture and society. These meetings and conversations between trans-making project partners and other cultural, research and civil society actors aim to imagine and implement new ways of working, teaching and protecting health and research.

Find out its programme

In conversation with Lala Raščić, Andreja Dugandžić, Émilie Villez, Nataša Petrešin Bachelez, Danijela Dugandžić and Jelena Petrović Europa Enterprise broadcast Artists and curators engaged around the idea of Europa Enterprise in the longyear research and different ways of curating and production will talk together to tackle and discuss various issues. We invite you to join in the broadcast and discover, together with us, hidden nets weaved through ancient myths, un/official histories and unsettled realities we must knit in the future.

Istanbul Cyanotypes: A 19th century photographic technique to narrate the city of the 21st century

My research aims to develop a conceptual framework on the process of gentrification and the role played by cultural organizations and spaces. This involves the following activities: - analysing some Istanbul neighbourhoods (Kasinpasa, Kadikoy, Karakoy) producing cyanotypes (blue prints) as an artistic work about visual representation of the gentrification process 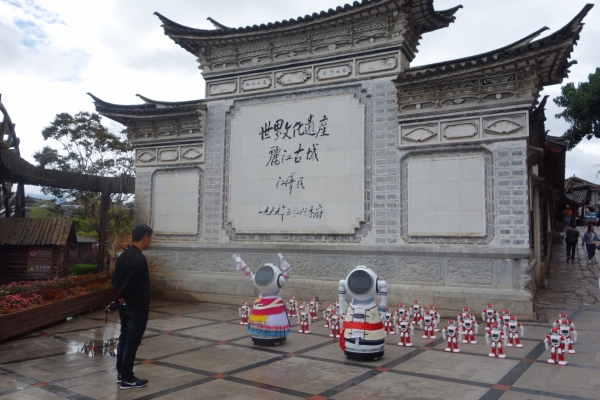 Green and public urban spaces in principle easily turn into a stage for cultural events and venue for free artistic creation or self-manifestation. Usually, it is filled by works of art and activities spontaneously created by residents, as well as those that are a part of urban cultural policies. During my research visit to China, I analyse ways of using public space by residents of selected Chinese cities in the Yunnan province, the most frequently presented phenomena of contemporary culture and cultural heritage, the way of speaking about culture, forms of leisure and "bottom-up" impact of creative cultural activity of citizens. The analysis process is focused on the presence and absence of certain phenomena in public space, as well as identifying for which kind of phenomena there is no place in public urban space. The researcher's special attention is drawn to all kinds of activities referring to ethnic minority cultures inhabiting the Yunnan province (there are about 25 of them) - promoting their distinctness and uniqueness, as well as numerous references to the craft traditions most characteristic to the cities of the Yunnan region. Cultural artefacts commemorating Chinese history, traditional games and promotion of the local cultural heritage are also well represented in public space. A very special part of the research is dedicated to urban festivals - fiestas and art festivals as well as new creative spaces, emerging as the centres of creative business and tools for revitalizing post-industrial spaces. 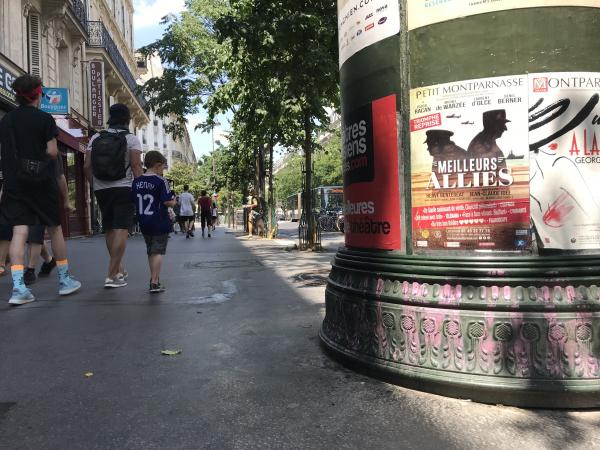 In what ways does a large city such as Paris interact with its inhabitants in a cultural and educational manner?

Beyond this main question, three specific objectives are developed:

- studying the interactions between peoples’ behaviours and the city environment, as well as comparing two European cities’ heritage: Ljubljana and Paris;

- studying the interactions between cinema advertising, as a cultural urban offer, and citizens;

- analysing drifting and cartography as a pedagogical tool for teaching cultural issues in cities.

The main methodology used is art-based research, through:

psycho-geographies, cartographic techniques and photo-essays, in order to present results.

The idea is to reveal the characteristics of two contrasting European cities, Paris and Ljubljana, through 60 photographs of each, and thus to compare their heritage and their citizens’ behaviours.

The process of choosing the emplacement of each photograph depends on finding a number (on floor, on a wall, or in any other specific context...). Such a randomized system aims to show the reality of a city away from touristic representations. This will help to visualise and compare the role of visual culture, arts and imaginations between a larger and a smaller city.

Between cinema advertising and citizens.

Cinema is one of the most characteristic cultural field of interest in cities. This cultural industry uses visual language to communicate to publics, through posters that are placed in public space. Cinema advertisements are shown on street furniture, on poster poles or advertising columns, but also displayed on the subway walls and the walls of cafeterias…  A high standard of quality characterises the design of cinema posters, combining letters and images. Cinema posters are artistic creations unto themselves, and attractive to the eyes, though surrounded by other visual stimuli of the city. How do citizens interact in this crowded visual environment with film advertisements? Coincidences and fleeting moments will be observed and captured through photographs, in order to recognize and categorize different kind of behaviours in relation to cinema posters.

Drift and cartography in Paris.

How is the urban environment the site of an everyday aesthetic experience, and in what ways can this be taught?

In order to test cartography and psycho-geography as useful educational strategies, different tools will be investigated: drifting, drawing and sketching on the street, taking photographs, writing, recycling graphic elements extracted from the mass media or other iconographies from visual culture, use of positioning devices and geo-location.

Drifting, used by the group of the Situationist artists (1957-1972) will be revisited as an ethnographic analysis of the urban area, and will finally result in the composition of cartographies as educational tools to explain everyday aesthetic experiences. 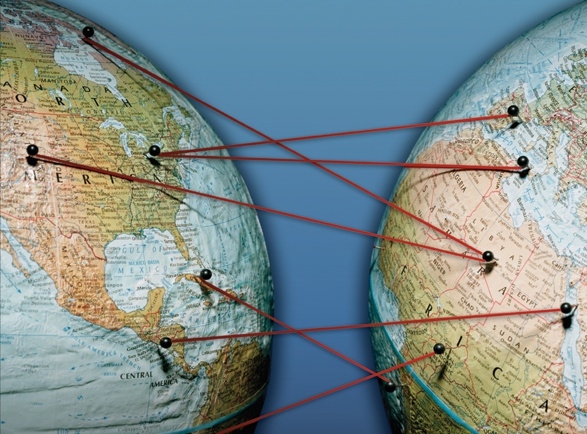 The research seeks to situate itself in the heart of the ‘Trans-making’ partnership, by asking questions about the nature and potential of particular forms of ‘local-global’ action, as a powerful potential medium for trans-disciplinary social and cultural innovation. In a context of conflicting, and increasingly unresolved tensions about human rights and democracy, coexistence and mutual respect, this research seeks to explore and clarify some questions about the relative value and pitfalls of working across boundaries. In doing this, it recognises the inbuilt tension that identifying boundaries – even with a view to challenging or dismantling them – can carry its own degree of inbuilt prejudice. In other words, though our starting goal may be to transcend and overcome boundaries, there could be a strong – or even stronger – case to ignore them altogether: to start from an alternative ‘trans-boundary’* position)