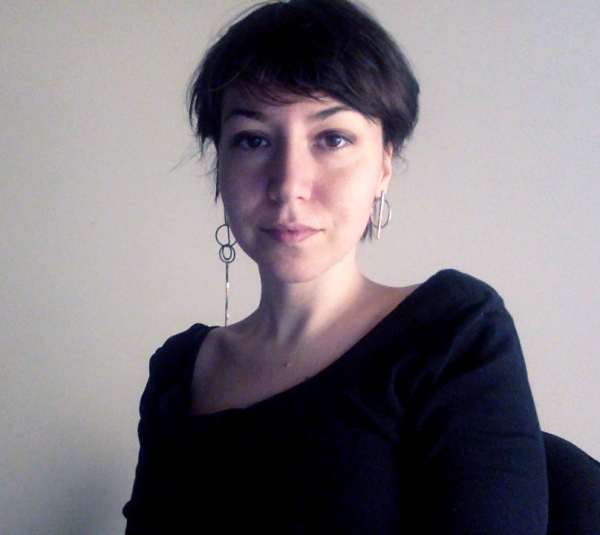 After studying philosophy at Galatasaray University, Zeynep Okyay studied cultural management at Bilgi University. Since 2010, she mostly works in the field of contemporary visual arts and carries out her curatorial and research-based works under the roof of PASAJ and amberPlatform.
She focuses on the relationships between artists and communities, and the contexts in which the two meet within a specific location and time. In her research practice, she uses the dictionary form as an instrument to pursue social structures, sharing of knowledge and experience through vocabularies, in an attempt to create new forms of expression within present conditions.
Okyay is one of the founders of the Istanbul-based PASAJ independent art space, which has been collaborating with social communities and hosting project exhibitions/workshops since 2010.
She also works on networking between cultural actors and organizations. She is one of the initiators of bagimsizlar.org, an ongoing project based on listing and mapping initiatives in Turkey.
www.zynpokyay.com

This study, prepared within the context of the artist residency program hosted by the Racines association (Casablanca, Morocco) between 1 November – 1 December 2018, which I participated in thanks to the opportunity given by amberPlatform, focuses on the organizational structures of the civil societies and solidarity networks against censorships and rights violations in Casablanca, Tangier, and Rabat, the three most populated cities of Morocco with the highest rates of immigration from Sub-Saharan Africa.

Based particularly on my personal observations, in this research I examined the resistance of North African natives “Amazighs”, the use of public spaces in Casablanca, migration routes, and the migrant festival. In addition, I provided important points about the third edition of Les Etats Généraux de la culture au Maroc, organized by Racines, which I had the chance to attend to and which focuses on Morocco’s regional cultural policies, street art, and circus. The current literature review for this research was done by reviewing the archives of newspapers that defend independent journalism. I conducted face-to-face interviews with L’Atelier de l’Observatoire, GADEM, Racines, Les Etoiles and Think Tanger; and used Open Edition and Academia for accessing the papers of authors whose research I wished to study.