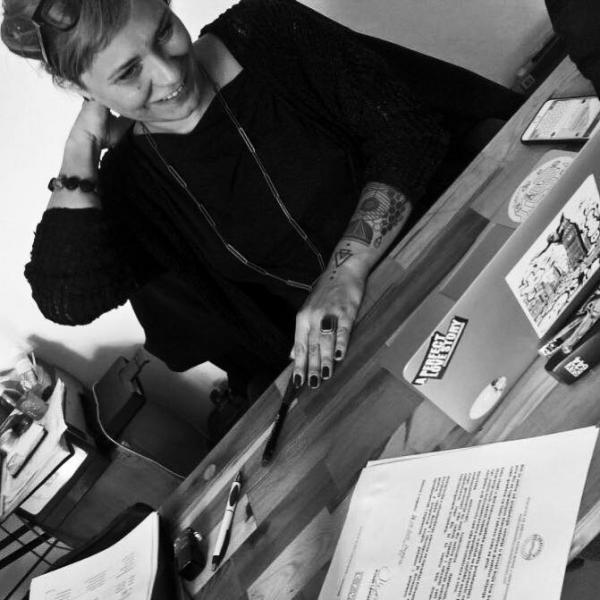 Danijela Dugandžić is a feminist worker, curator, cultural producer and creator based in Sarajevo, Bosnia and Herzegovina. She is active in the women’s movement and in the field of feminist art for the past 20 years. She is currently an acting directress of the organization called CRVENA and a member of a feminist curatorial collective Red Mined. Through the work of CRVENA, she promotes and contributes to development of an independent art and cultural scene by combining art, and academia with social and political action, as well as emancipates the position of women in art.

As a member of the V-Day movement against violence against women and girls she produced Vagina Monologues plays in Sarajevo, Belgrade and Zagreb and participated in the V-Day events in New York 2001 and New Orleans in 2008. Together with a team of four researchers, architects and activists she developed a comprehensive research and activist program Zajednički grad/Common City that deals with questions of urban governance, use and misuse of public space in the city, urban mobilization and the possibilities for creation, maintenance and development of what is known as “urban commons”. Recently, she curated the Actopolis project in Sarajevo, a three-year transnational production lab to focus awareness on current urban issues, initiate new dialogues and to transform places into playgrounds of what is possible (in Athens, Belgrade, Bucharest, Ankara/Mardin, Oberhausen, Sarajevo and Zagreb).

For her, feminism is a lifestyle and at any project she departs from feminist values and solidarity.