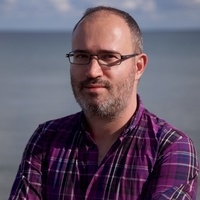 Domingo Pujante González is Professor of Literatures and Cultures of French Expression at the University of Valencia (1996-). He was awarded an extraordinary degree and doctorate at the same university. In 2013, he created the research group GIUV-2013-144-HYBRIDA: cultural hybridations and migrant identities that he has been directing ever since. He is interested in cultural studies from an intercultural, post-colonial and gender perspective, as well as identity issues linked to exile, migration and sexuality. She has participated in 9 funded research projects, at regional, state and European level, in literature, art and culture. Of the projects funded by the European Union (2017-2020): "Reading in Europe Today. Reading and Writing in Literary Texts in the Age of Digital Humanities". He received the insignia of "Knight of the Order of Academic Palms" from the Ministry of Education of the French Republic in 2017