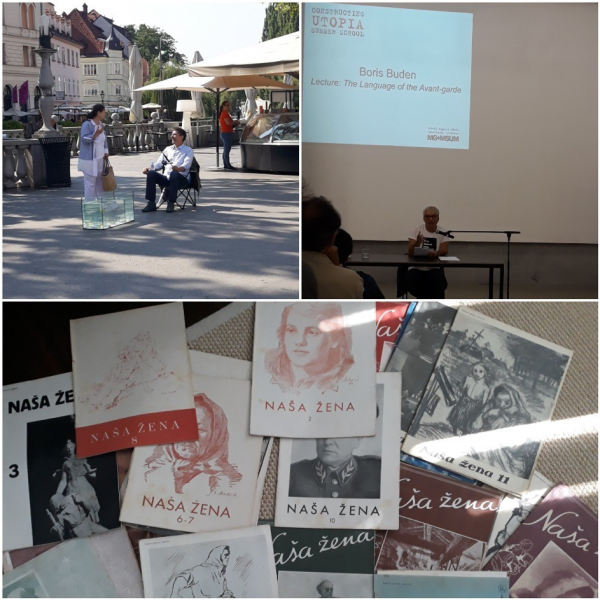 The history of the women's movement in Yugoslavia dates back to the early 20th century. It is quite certain that its most developed organizational and social activity appears in the form of the Women’s Antifascist Front (AFŽ), founded in 1942. Until its formal closure in 1953, the organisation played a significant socio-political role and stands as the most important historical episode of women’s emancipation in Yugoslavia. 65 years later, we still lack a complete picture of the events, and an appropriate appreciation of the position taken by the movement, within the wider social and political context of postwar Yugoslavia.
There is a project in Ljubljana today that prolongs the legacy of the WAF. I will continue the same line of research exploring what is known as their Slovenian “branch”. Through the articles and texts in WAF’s bulletins and post war editions that I collect during the secondment, I will try to illustrate the postwar dynamics of WAF in Slovenia, gathered mostly around tasks and obligations towards the First Five-Year Plan. After an elaborate research of the selected material, I progress towards production of art works (collages). Everything will be handmade, with seventy year old paper/print;  text/images will be selected, translated, edited, assembled and put together into collages. The works are chronicles of WAF - appropriated by the author, and made into postcards. Postcards will be sent to Sarajevo, to the Crvena Association for Culture and Art.