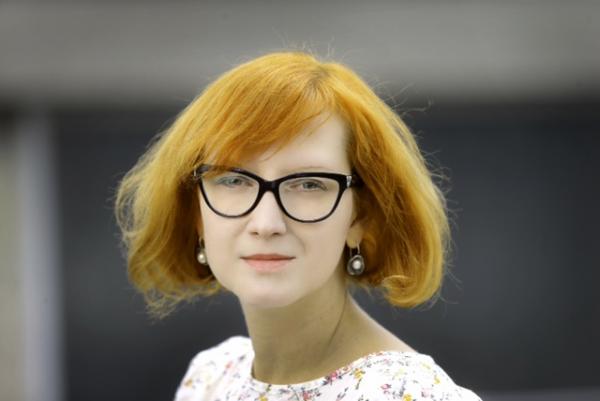 Agata Tomažič is a writer and science communicator at the Research Centre of the Slovene Academy of Sciences and Arts (ZRC SAZU). She takes care not only of media relations and manages the ZRC SAZU social media accounts but is also building a bridge between scientists and general public in many creative ways, including organization of panel discussions held at in-house venue called ZRC Atrium, and setting up the online magazine called ZRCalnik used as a platform for presenting both research projects and human interest stories on scientists. She perceives as a pillar of her activity trying to give the researchers and science itself a voice in society that they acquiered in the Age of Enlightenment and that is threatened by the Google scientists in the age of idiocracy. She graduated in French language and literature and journalism. She worked as a journalist for the main Slovene daily and was a member of editors board of Pogledi, cultural fortnightly. She is fluent in French, English, Italian, Croatian, and speaks also a bit of German and Spanish. She published a book of short stories (shortlisted for best newcomer award in Slovenia in 2015), a novel and a collection of travelogues. She has a monthly column in Literatura, online magazine dealing with cultural and literary issues, and occasionally contributes to various print media in Slovenia. She held several lectures on how to write travelogues. Her favourite pastimes are knitting, sewing, and reading.