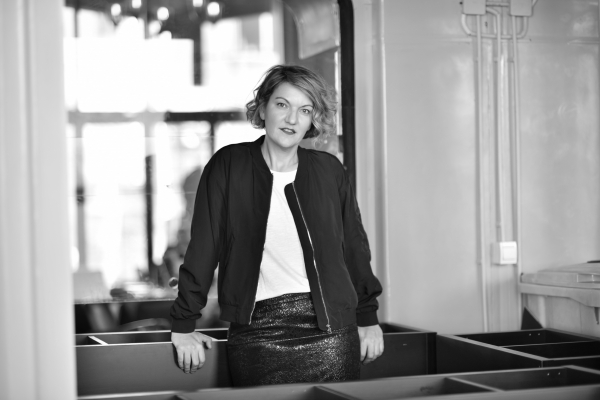 Jelena Petrović is an art researcher, theorist and curator. (Co)author of texts, events, exhibitions, books and projects related to new epistemological models of art(-theory) production dealing with issues of war and violence, critical and human geography, the politics of affects and the politics of error. She obtained her PhD from the ISH, Ljubljana Graduate School for Humanities (2009), with a thesis on the women’s authorship in interwar Yugoslavia. From 2008 to 2014 she was an active member of the art-theory group Grupa Spomenik (The Monument Group). In 2011, she became co-founder and member of the feminist curatorial collective Red Min(e)d (within the Association of Culture and Art CRVENA). Together with Red Min(e)d, she curated several exhibitions, programs and events in Zagreb, Ljubljana, Sarajevo,Vienna, Stockholm, Zurich, Munich and other cities (2011-2015), including 54th October Salon in Belgrade as an international exhibition, entitled No One Belongs Here More Than You (2013). As an initiator of the course Living Archive: Feminist Curatorship and Contemporary Artistic Practices she was taught at the Academy of Fine Arts and Design, University of Ljubljana as a guest lecturer (2014-2017). From 2015 to 2017, she was appointed as the Endowed Professor for Central and South Eastern European Art Histories at Academy of Fine Arts Vienna. Currently, she works at the Academy of Fine Arts Vienna on her project: The Politics of Belonging-Art Geographies (FWF Elise Richter Program 2019-2023) through which she collaborates on many international projects, programs and publications related to her art-theory practice. www.redmined.org; www.akbild.ac.at © Photo by Ivana Čutura