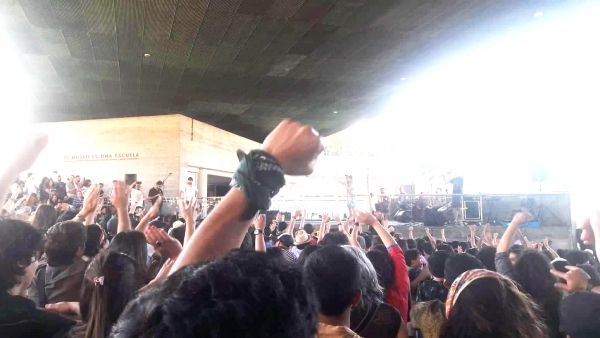 Re-inventing a country. Travel in the Chilean protest

The goal is developing a geopolitical paradigm, different from the current one based on the nation-state. And to target this aim a methodology is tested (called the "method of the otherwise") to train the mind to think the "otherwise". This approach is a cooperative workshop of political imagination. In this way, it aims to produce a heresy of the State and co-invent a diasporic political community that reclaims the traditional functions of territorial State. The secondment in Santiago del Chile, during the "crisi social" and the ongoing protest, is an incredible environment to see, as a real rethinking of a country takes place. Everywhere there are people discussing and acting in order to re-found their own political community in many aspects. Furthermore, the prospective of the indigenous population offers an alternative and promising paradigm in comparison with the nation-State and the neoliberal system.