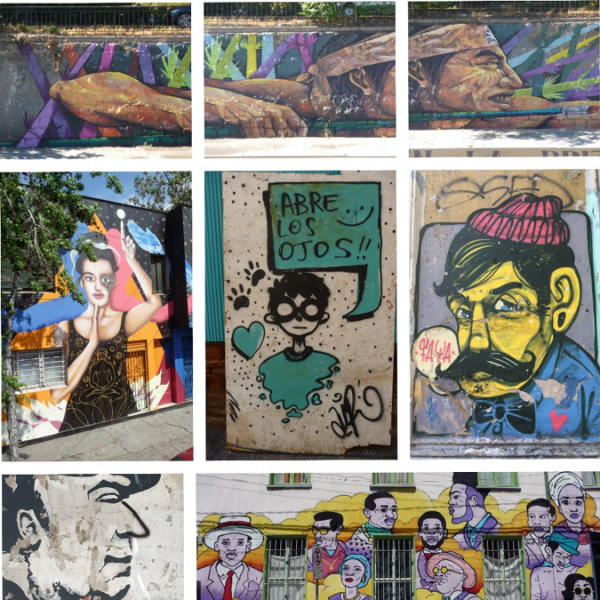 When you stroll around Chilean big cities, Santiago and Valparaiso, you are fascinated by the numerous murals and graffiti. What is the story behind this phenomenon?

The research of the history of street art in Chile shows its political background. It started as efforts to project socialist message to a national audience, the walls became the canvas of revolutionary language and symbolism, the public space was claimed and appropriated as a site for support of political ideology. Subsequently it was whitewashed by dictatorship regime In the 1970s, but then again the muralist movement contributed too to the fall of the regime. What is it today, is it truly speaking out against consequences of neo-liberal globalisation and of a false democracy?

Public space today is used mainly for commercial purposes, that call for consumerism and stresse individualism. Can therefore a mural or graffiti contribute to a sentiment of unity, collective and also still have a political message?