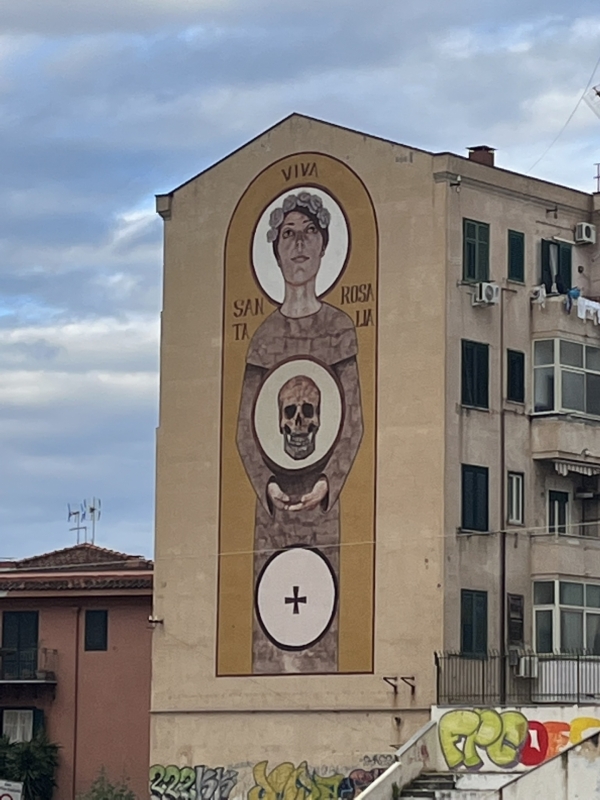 My secondment in Palermo was taking place in two parts; My special interest in Palermo was the use of public space in connections to contemporary art, public space as space of performance. As well, I focused on documenting / photographing graffiti around the city. The use of public space in different city gives you different awareness of public space. On one hand, I was experiencing it as a tourist /foreigner and on the other hand, I tried to immerse in the local community and see/use the space as locals do. As I was exploring city and making personal observations I notice a large number of very small places of worship. This are small monuments on the wall of houses that are usually dedicated to Jesus or Mother Mary. That opened up another perspective of use of public space. It can be space of remembrance and of a ritual. After that discovery, I developed a series of photography of worship places. During my stay, I had two informal meetings with artist/researcher Luca Cinquemani. He runs an organisation Associazione Aterraterra. With his colleague, he is running an urban garden on the outskirts of Palermo. We were comparing our experiences, as one of Bunker’s projects was community garden in centre of Ljubljana. We discussed further collaboration on the theme of the use of public space. During first part of my stay in Palermo, I met with fellow trans-maker Charlotte Perrin. She presented her work to me and we discussed possible collaboration between Bunker and her in the future. While exploring the city I visited several cultural institutions in Palermo such as Ecomuseo Mare Memoria Viva, Studio Rizoma, Pallazo Risso, Teatro Massimo, Teatro Bellini, Palazzo dei Normanni, Canieri Culturali, Teatro Politeama Garibaldi).