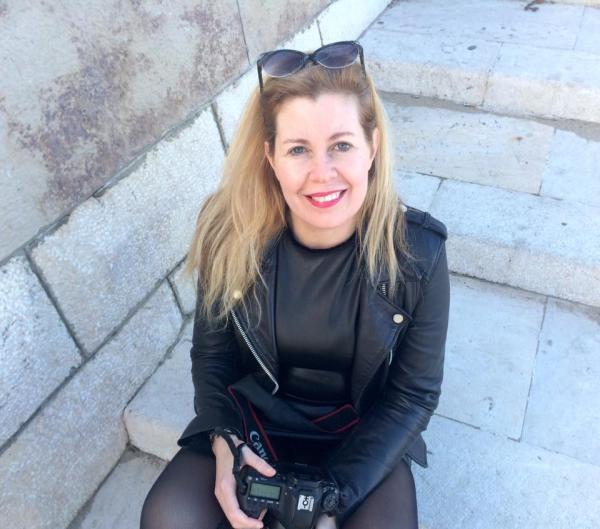 Doctor since 2002. Professor at the Universitat de València and photographer. She has been Vice Dean of Foreign Affairs of the Faculty of Philology, Translation and Communication. She is a specialist in the relations between literature and image (cinema, comics and photography). She has published articles in magazines such as: "The places-Sarajevo in the graphic narrative of Enki Bilal" (Quaderns de Filologia, 2007); "A space in gidouille" (Europe, Paris, 2009); "Contemporary authors in the Spanish cartoon. Review of the label 'feminine comics' ". (Arbor, Madrid, 2011); "Traumatic sexuality in underground heiresses: Debbie Drechsler and Phoebe Gloeckner" (Tebeosfera, Sevilla, 2012); "Look and representation of the female body in the female comic: the authors of 'Ah! Nana '". (Diablotexto digital, Valencia, 2016). She has coordinated the number of Quaderns de Filologia entitled “Science fiction in cultural discourses and contemporary means of expression” (2010). She has collaborated assiduously in 2011 and 2012 in the Swiss magazine Les lettres et les arts. She teaches literature and audiovisual arts focused on post-colonization, exoticism and migration where he deals with the film production of African filmmakers or the diaspora. His line of research also focuses on the study of comics and the main axes of analysis would be the francophone comics, the intermediary relationship with literature and the production of comic book authors from the seventies to the present. In 2007, she directed an international colloquium on female authorship comics titled: Literature and comics. Drawn written-written drawings: feminine visions. In March 2008, she organized at the University of Valencia, a seminar on comics and literature taught by Thierry Groensteen. In December 2009, she co-directed the colloquium: First days of graphic narrative.

An aesthetic analysis of films and comics of female authorship as a sociological reflection on inequality and identity transition This research aims to modify and update a more individual and traditional way of working in the way of approaching the Francophone studies of comic and film authors. The...